How Monaco is spearheading the eco-push in the yachting industry.

As attendees gathered in anticipation to see this second edition kick off on relevant projects related to Monaco’s stance and position on yachts and the environment, yacht design, the foundations in Monaco, the extension project and eco-related themes, in the background, two of the most radical super yachts reigned the Larvotto waterfront.

Poised exactly where the most ambitious and eco-conscious man-built new piece of land in Monaco will be in a few years, nothing echoed the resounding whispers of change more than the sight of pure innovation and futuristic design of motor yacht ‘A’ and sailing yacht ‘A’, both designed by French interior designer, Philippe Starck.

What lies beneath the extraordinary façades of motor and sailing yachts ‘A’ though lies ground-breaking technology but not as impressive and green as other more eco-trendsetting super yachts, such as 83.5m Feadship-built Savannah, 90m Lürssen-built Ice or the 58m Royal Huisman sailing yacht, Ethereal.

In a world where ecology is becoming more and more talked about and the impending ‘end of the world’ due to mankind’s ignorant actions is being raised in all industries, super yachts and the green aspect seems perhaps a bit contradictory. Yet shipbuilders, brokerages and designers are taking the matter seriously and have produced, what is in their minds, solutions to try to minimise the harm that these floating palaces present to the environment, without affecting the pleasure on board for those who own or charter them.

Combating the Myths of Yachting and the Green Theme

Jonathan Beckett from Burgess as did naval architect and designer, Espen Oeino, Vienna Eleuteri from VSY, Dirk de Jong from Oceanco and Stephane Leveel, Perini Navi certainly stood their ground to showcase what exactly is being done by the industry to combat the myths surrounding yachts and their unwillingness to get with the green theme.

From energy-efficiency with lithium-ion battery banks, Azipods, recycled or remnant materials for the interior, hybrid engines, grey water treatment and rechargeable batteries, the list is becoming more and more intricate but nothing breaks the mould more than having yachts and privately-owned expedition yachts, doing their thing to help with conservation studies.

Monaco’s very own royalty, HSH Prince Albert II of Monaco has got to be one of the biggest advocates of marine conservation, constantly in the limelight shedding messages of the necessity to act. Romain Troublé from Tara Expeditions certainly also knows a thing or two about the rapidly changing sea-levels we have seen over the years and with the support and help of the Principality, has impressed researchers by collecting more data than actual official institutions.

Without a doubt, Monaco is doing its piece to shed light on the pressing matters that affect the environment and our oceans today. From the Oceanographic museum’s actions, awareness is being catapulted forward with the many associations, awards and initiatives.

In past years, the Monaco Yacht Show has lent itself to be the platform to launch new super yachts. Interestingly as well, was the luxury expedition yacht, 77m Yersin, which made its mark for a whole lot of different reasons a few years back. Instead of a luxury-dripping, access-denied super yacht, we were greeted with a vessel attracting researchers, scientists, young children and students worldwide for the ASE – Adventure, Science, Education project.

The yacht built for oceangoing navigation, transoceanic passages and ice exploration perhaps lent itself as inspiration to a brand new launch with its motto: “leave an imprint without leaving a trace.”

182m REV by VARD – where research, expeditions and yachting to remote locations have been combined in the one vessel, was announced only a few days back and spearheaded at the conference by its designer, Espen Oeino. REV carries the most up to date and complete research facilities ever seen on a private boat. The aim? To combat against ocean pollution, over fishing, by catch and most importantly people’s underestimation of the oceans’ importance in daily lives.

So one may think, are these baby steps towards a more ‘green’ yachting experience going to take off? Judging by all the media and yachting industry’s involvements and taking action, I would like to think so.

Personally raising the bar too with some serious cycling second year running for Blue Marine Foundation in September (see the Bright Creativity JustGiving page), ahead of the Monaco Yacht Show, join in and rev up some serious peddling for the london-monaco.cc.

Every little drop in the ocean counts and it’s high time we all got involved, at every level to save the beauty of this Earth that allows us to be.

Natalia Langsdale is a consummate luxury professional, and the owner of Bright Creativity Marketing and PR consultancy based in the south of France/Monaco. Natalia has gained a successful international track record in working with distinguished brands in yachting, private aviation, technology, bespoke interiors, haute couture fashion, realty and fine wines to name a few. Natalia is also an experienced freelance writer covering lifestyle topics in select luxury publications, and an Editor at Large for EAT LOVE SAVOR, adding her distinct flair to stories, bringing even the most challenging topic alive with her fresh tone of voice. Handpicked as ambassador to key eclectic brands worldwide, Natalia is also an honorary member for Young Professionals in Yachting Monaco and a VIP partner at the 2017 Luxury Lifestyle Gala for the HSH Prince Albert II Foundation in Monaco. She can also be found on Instagram @bunny_n 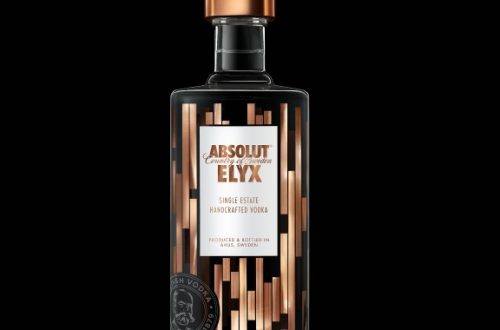 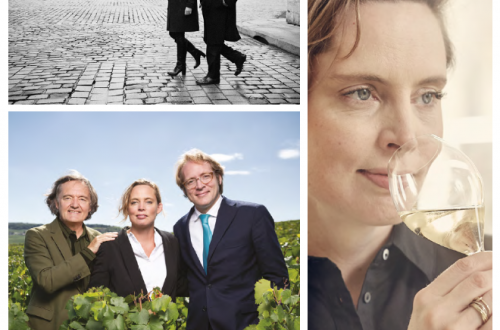