Quite simply, it is the sexiest Rolls-Royce ever built. The name ‘Dawn’ perfectly suggests the fresh opportunities that every new day holds – an awakening, an opening up of one’s senses and a burst of sunshine.

Like Eleanor Thornton, thought by many to be the inspiration behind the Spirit of Ecstasy, the Rolls-Royce Dawn will itself prove to be the muse that leads its owner to believe that at the start of the day, anything is possible.

“Our new Rolls-Royce Dawn promises a striking, seductive encounter like no other Rolls-Royce to date, and begins a new age of open-top, super-luxury motoring. Dawn is a beautiful new motor car that offers the most uncompromised open-top motoring experience in the world. It will be the most social of super-luxury drophead motor cars for those who wish to bathe in the sunlight of the world’s most exclusive social hotspots.

In the most challenging times, the phrase “It is always darkest just before the dawn” –  originally coined by English Restoration preacher Thomas Fuller – resonates as a beacon of hope. This early morning darkness, where apparitions such as phantoms, ghosts or wraiths have been imagined, and where one’s apprehensions lurk, is brushed aside by an energising burst of early morning sunlight as one awakens to a new dawn and the endless possibilities of a new day. Such was the feeling in 1952 as the world was finally emerging from a period of economic austerity following protracted war. That year, the world looked forward in hope as the world’s first passenger jet, the British deHavilland Comet, made its first commercial flight; the Big Bang Theory of the creation of the Universe was first propounded, and Queen Elizabeth II ascended the throne of the United Kingdom.

That very same year, the Rolls-Royce Silver Dawn drophead, which became the muse for the designers of the new Rolls-Royce Dawn, was finished by Rolls-Royce coachbuilders Park Ward and delivered to its first customer, Colonel W.A. Phillips in Canada. This famous and rare Rolls-Royce name was only ever applied to 28 very special drophead bodies between 1950 and 1954.

The New Dawn is Inspired by the Silver Dawn

Rolls-Royce’s new Dawn has taken inspiration from the Silver Dawn, whilst delivering a world first in super-luxury motoring – a cool, contemporary interpretation of what a super-luxury four-seater convertible motor car should be in 2015 – rare, refined and the most social super-luxury car there is. Much like the 1952 Silver Dawn drophead, the new Rolls-Royce Dawn stands apart from its stable mates, featuring 80% unique body panels.

Indeed such attention has been paid to ensuring this amazing new dawn for super-luxury motoring delivers on its promise, even the tires that connect the new Rolls-Royce Dawn to the roads it will glide over have been specially developed to deliver the pinnacle ‘magic carpet’ ride expected of every Rolls-Royce that leaves The Home of Rolls-Royce at Goodwood, England.

Specific engineering and manufacturing attention has been paid to the creation of the Dawn’s roof. Unheard of anywhere in the modern motor industry until now, the roof of the Rolls-Royce Dawn delivers the silence of a Wraith when up and operates in almost complete silence in just over 20 seconds at a cruising speed of up to 50kph.

Commonly held, a 2+2 is a configuration with seating for the driver and one passenger in the front plus two smaller seats for occasional passengers or children in the rear. Space in the rear is most noticeably absent in terms of longitudinal leg-room, thereby reducing the comfort and practicality of the car. In the case of a convertible body type, this reduction in space is often the result of the manufacturer’s inability to package the convertible roof together with boot and rear passenger space. The result is a sector populated exclusively by open-top cars that Rolls-Royce would consider compromised and ‘anti-social’.

“At Rolls-Royce, we pride ourselves as creators of fine motor cars that also serve as social spaces,” comments Giles Taylor, Director of Design, Rolls-Royce Motor Cars. “The idea of creating a car like Dawn that can be used in comfort by only two adults on a day to day basis is anathema. In creating Dawn we have accepted no compromise to the comfort and luxury of four adults who want to travel together in the pinnacle of style.”

Rolls-Royce tradition is delivered in a beautiful and thoroughly contemporary design. Dawn’s powerful and striking front end gives it a sensuous yet edgy, almost masculine look whilst the bold sweeping shoulder line becomes more sensuous as it flows over the swell of the rear wheels, accommodating a wider track. A tapered ‘wake channel’ on the bonnet, emanating from the Spirit of Ecstasy’s wings, evokes the sight of a jet’s vapour trail, hinting at the car’s dynamism. The rear end of the car, having swelled over the feminine ‘hips’ of Dawn, tapers in towards the rear, echoing the elegant design of early ‘boat tail’ Rolls-Royce drophead coupés and indeed the beautiful motor launches of the early 20th Century that inspired them.

Once again Rolls-Royce’s unique coach doors come into their own in a drophead format. The coach doors are impressive and graceful. The doors complement the long front wings and relaxed waft line, creating a long body profile and a cosseted cabin. Evocative of the classic sports car profile, they add considerably to the easy entry and egress of rear passengers from Dawn’s luxurious embrace. The rear passengers do not merely ‘get out’ of a Rolls-Royce Dawn, but rather stand and disembark as if from a Riva motor launch onto a glamorous private jetty in Monaco or on Lake Como.

Of course as one would expect of a Rolls-Royce, the coach doors also serve a more fundamental purpose than simply a means of access. Perhaps just as importantly, they also add significantly to the overall strength and stiffness of the body as they allow the construction of an uninterrupted A-pillar. The first impression upon entering Dawn is of the four separate bucket seats set in the midst of a sumptuous and sartorial slingshot of wood and leather. The slingshot concept runs from the driver’s A-post towards the rear of the car, around the rear seats before returning to the passenger A-Pillar.

The Rolls-Royce Dawn offers four very individual, cosseting seats. The vehicle is a full four seater and so there is no compromise in comfort wherever you sit. The seats have been designed to help emphasise the energetic, yet elegant intent and sense of purpose of the car, complemented by an intersecting full length centre console. The upper seat back houses the seat belt harness, which together with the pillarless bodywork enhances and emphasises the slingshot of wood or leather with no breaks in the flow-lines. The wood on the surfaces of the trays are also book-matched down the centre console in a chevron pattern pointing forward providing an accelerated feel.

The instrument dials have also undergone subtle enhancements with individually applied polished metal chaplets around the dials evoking the precision design of hand-made, luxury wrist watches, whilst the matt chrome centres ‘float’ in the middle of each instrument. In addition, a new clock design featuring the new motor car’s name has been introduced.

Without question, the engineering highlight of the new Rolls-Royce Dawn is the new roof. To be a true Rolls-Royce, Dawn had to deliver the hushed driving experience associated with all Rolls-Royces. At the same time the only choice for a Rolls-Royce was a fabric roof for reasons of aesthetics, romance and brand appropriateness. There is nothing more romantic than driving a convertible in the rain at night and hearing the drops pattering on the roof. In conversation with its customers, Rolls-Royce realised that they felt the same way.

Working with a fabric roof configuration, the Rolls-Royce engineering team set themselves a challenging goal which they were unwilling to compromise on – to make the quietest convertible car in the world today. This quest for silence applied to all aspects of the engineering of the new roof and by extension the new motor car.

Firstly, the passengers’ on-board aural experience roof up and roof down while in motion had to be pure Rolls-Royce. The design of the roof had to be graceful, beautiful and sensuous whilst remaining one of the largest canopies to grace a convertible car.

Of particular note is how the canopy wraps around the rear seats and down over the window tops of Dawn thereby optically lowering the roofline of the car to contribute to its low-slung appearance. Another point to note is the small size of the rear glass – a carefully-judged proportion which heightens the sense of a private sanctuary when motoring with the roof up.

Two key techniques were employed to ensure the roof not only appears beautiful and sensuous in its form, but also contributes to the silence of the car in its function. A perfectly smooth surface, combined with an innovative tailored ‘French Seam’ ensures that the air flow over the car with the roof up creates no noticeable wind noise. Inside, the Rolls-Royce Dawn is as silent as a Rolls-Royce Wraith – a first in convertible motoring.

Secondly, the actual opening and closing of the roof mechanism had to be both beautiful and unobtrusive at the same time. The engineering team even went so far as to invent a phrase for what they wished to achieve with the roof mechanism. The Silent Ballet.

And a Silent Ballet is what they achieved. Operating in complete silence in just 22 seconds, and at cruising speeds of up to 50km/h this ‘Silent Ballet’ engages the majority of one’s senses as silence and seclusion are exchanged for the sounds, light and aromas of the outside world. As if opening an airlock, Dawn lifts the lid on the outside world and its cabin becomes a wider part of the owner’s social space.

The Rolls-Royce Bespoke Audio system has been specially calibrated for the unique configuration of the Rolls-Royce Dawn. For more information visit www.rolls-roycemotorcars.com

“Inside Rolls-Royce” Goes Live With Public Exhibition in London 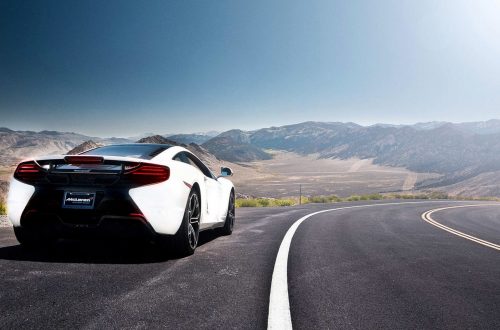