To mark the anniversary of its opening as Europe’s first ‘Grand Hotel’ in 1865, The Langham, London  premieres The Regent Wing with over forty renovated guestrooms and suites, designed by Richmond International.

The Regent Wing marks the first phase of renovations taking place at the hotel in its 150th year, preceding the launch of The Langham Club Lounge and The Sterling Suite later this spring.

Aimed at guests who prefer the feeling of a private residence, The Regent Wing overlooks Langham Place and benefits from a private entrance at the top of Regent Street and direct access to the hotel’s Chuan Spa. Stepping into the private world of The Regent Wing will evoke the feeling of a boutique hotel, with individual styling that reflects the era of the Regency period influenced by historic detailing, with an eclectic artwork evoking a strong sense of place.

As commented by Paul Walters, General Manager of The Langham, London: “The new wing marks the first phase of our renovation; the largest since our re-launch in 2009. The design is a clear nod to the heritage of our building with classic elements merging with modern touches. Moreover, the wing captures the essence of the hotel’s history and its projected future”.

Averaging 31 square metres, the 43 Grand Executive rooms include modernised discrete technology and Nespresso coffee machines whilst the new Regent Suite occupies an entire floor, and can be booked exclusively, with up to four bedrooms, a private sitting room and kitchen – perfect for longer stays, larger family gatherings and VIP groups. Two additional Studio Suites provide flexible accommodation for parents travelling with children. An additional Wedgwood Suite, styled with artefacts and bespoke items of English heritage chinaware, will complement the Wing.

Whether for corporate travellers valuing extra space and a discrete atmosphere, couples on leisure stays enjoying direct access to central London, or families requiring flexible accommodation options, The Regent Wing heralds a new style of luxury accommodation in London and a preview of developments at The Langham, London in 2015.

Celebrating its 150th anniversary in 2015, The Langham, London was opened in 1865 by HRH The Prince of Wales (later King Edward VII) as Europe’s first ‘Grand Hotel’. From the outset it boasted an unrivaled location at the top of Regent Street and this is still true today with an enviable address in the heart of the West End. After an £80 million renovation and transformation, The Langham has exquisitely appointed guestrooms and suites, classically styled and evoking a warm residential feel with renowned service that bears the hallmarks of the hotel’s rich heritage that spans three centuries.

The Famous Palm Court and the Ritual Of Afternoon Tea

Palm Court is famed as the birthplace of the afternoon tea tradition, an indulgent ritual that continues today. Artesian is a glamorous bar designed by the acclaimed late David Collins and is a social hub for chic Londoners conjuring up classic and innovative cocktails, receiving the coveted accolade of ‘World’s Best Bar’ for two consecutive years. In partnership with culinary icons father and son Albert and Michel Roux Jr, Roux at the Landau restaurant sees Roux protégé Chef Chris King create classically-constructed dishes using the finest seasonal ingredients with a contemporary style of presentation. Chuan Spa is a pampering haven and is London’s first luxury hotel spa to incorporate the ancient principles of Traditional Chinese Medicine into its signature treatments and ambience.

The Langham London is a show partner of the London Yacht, Jet and Prestige Car Show  http://londonyachtjetandprestigecarshow.com 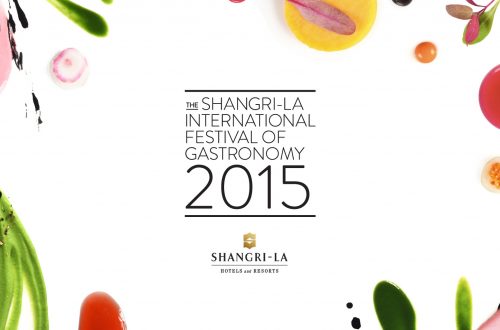