The house of Pol Roger Champagne was founded in 1849, and today the brand still remains owned and operated by the descendants of its founder, Pol Roger.

Based in the town of Epernay in the Champagne region was founded by Pol Roger born 24th of December 1831 the son of a lawyer. His father had his practice until he contracted an incurable illness, so he gave up the practice. The Champagne house began as a wholesaler of wine, Pol Roger was only 18 when he made his first sale of wine. By 1899 the two sons were ready to take over the Family business.

The Next Generation of a Family Champagne House

Maurice and George Roger took over for their father Pol having worked alongside him since the age of 18.  In 1900 the two brothers obtain the right to change the family name to Pol-Roger as a tribute to the father. The two brothers were a successful match; Maurice the ‘voice’ of the firm and George was the ‘nose’ looking after the champagne making. In 1927 the third generation arrived with the birth of Jacques, son of Maurice. In 1940 a friendship blossomed between Odette Pol Roger and Winston Churchill.

[pullquote]The relationship between Champagne Pol Roger and Sir Winston Churchill dates back to a providential meeting at a luncheon given by the British Ambassador to France some months aer the liberation of Paris at which was served the sumptuous 1928 vintage of Pol Roger. Attending the lunch was the beautiful Odette Pol-Roger as well as the Prime Minister, Winston Churchill, with whom she struck up an instant rapport. A friendship was born which continued until Churchill’s death, creating links between the Pol-Roger and Churchill families which are still as strong to this day. The pressures of his post sadly prevented Churchill ever paying a visit to 44 Avenue de Champagne, the home of Champagne Pol Roger, but he nonetheless proclaimed it “the most drinkable address in the world”. As recompense for breaking his promise to visit he sent Odette a copy of his Memoirs inscribed “Cuvée de Réserve, mise en bouteille au Château de Chartwell”. He even named one of his racehorses “Pol Roger” and the lly strode to victory at Kempton Park in 1953, Coronation Year.[/pullquote]

After the passing of Sir Winston Churchill in 1965, Pol Roger placed a black border around the labels of the Brut NV that were shipped to the United Kingdom. In the year 1984 Pol Roger introduced the Pinot Noir dominant cuvée Sir Winston Churchill this first vintage of cuvée was the 1975 only released in Magnum format. This cuvée is typically released around 10 years after its vintage year.

Eventually today Sir Winston Churchill replaced the Pol Roger a PR reserve special at the top of the range the reserve special was a 50% Chardonnay 50% Pinot Noir blend from a 100% rated groundcrew vineyard first released with the 1971 vintage he continued to be produced alongside cuvée Sir Winston Churchill until the 1988 vintage its production was terminated as Pol Roger felt no need to have two competing Prestige Cuvees.

A Pol ROGER vintage is a typical blend of 40% Chardonnay and 60% Pinot Noir although this can vary. 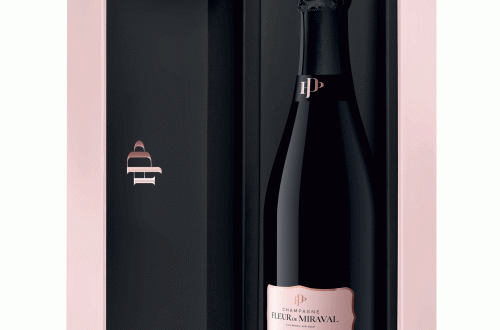 EAT LOVE SAVOR® International Luxury Lifestyle Magazine and Bookazine is a foremost advocate of intelligent, informative editorials, interviews, features with a feminine touch, guiding readers through a world of luxury goods, services, and experiences; a must-read for the beauty seeking successful, high net-worth individual and luxury industry professional. Founded, edited and published by a woman. We’ve been named on the list of Top Sites for Luxury in the World and Top Luxury Lifestyle Magazines to Follow.