Over the centuries since adorning ourselves with jewellery became a part of our culture there has been one mainstay, a statement piece that continues to enchant women of all ages without compare – the Charm Bracelet.

Deeply symbolic, this iconic bracelet often bears tales of romance, history, family and values that can span a lifetime, and are perfect heirlooms to pass down through generations.

There is an endless list of reasons why to collect charms, including charms make an ideal signature gift to oneself or from loved ones to mark those occasions that make our lives so special, be it weddings, the birth of a child, the loss of a loved one, travel, life’s milestones and simply noting a moment that brought you special joys can all be remembered with a charm. The charm bracelet like a photograph is a snapshot of a life lived; the only piece of jewelry that can say so much, without saying a word.

Despite their reigning popularity, very few of us are aware of the vast historical significance behind this darling accessory whose origins reach back in time to the dawning of man. Here’s a look at the charm bracelet’s evolution.

The concept behind the charm bracelet dates to prehistoric times. At the point of origin, charms themselves were believed to ward off evil spirits or bad luck – holding significance for the wearer, considered protective amulets rather than adornment. The original charms were often made from natural materials such as shells, clay and animal bones; later evolving into rocks, gems and wood.

Reign of the Roman Empire

The popularity of charms continued into the great Roman Empire, carrying with them special significance for Christians who often carried tiny fish charms concealed in their garb to let fellow Christians know of their religious practice. During that same period, Jewish scholars are said to have worn amulets around their necks inside, that carried tiny passages of Jewish law. These ‘charm necklaces’ served as a reminder to keep the law close to their heart at all times.

Queen Victoria elevated the charm bracelet to more luxurious heights making the wearing of charms fashionable, as royal leaders were style leaders as people aspired to emulate the European noble classes. When Prince Albert passed away, the Queen made ”mourning” charms fiercely popular.

During this period, one marked with great advances in design and jewellery, despite the Great Depression, women were spotted with diamond studded charms on their wrists.

Charm bracelets were very popular during this period and many of today’s heirlooms in modern families come from this era, these bejewelled pieces of family history. Many soldiers often collected charms for their beloveds while serving in battle as a keepsake.

This trend also transcended to the younger generation as charm bracelets were also coveted amongst the younger generation as teenagers sported charms reflecting their favourite musical groups, interests and to express themselves. A charm bracelet became a rite of passage for many young girls as they entered womanhood due to the tradition of gifting a charm to a young lady to mark her 16th birthday, wedding or graduation.

During this period, the charm bracelet’s popularity dropped in favour of gold chains during the disco era, reviving once again in the mid-80s.

90s to present – Still Charming Us

Even after thousands of years, the charm bracelet is still remains a popular accessory for women. Depending on the woman, her charms may be vintage, one of a kind, iconic, or those from major luxury brands, depending on her tastes and the type of charms to which she gravitates.

A charm bracelet is an iconic piece of jewellery that throughout the ages was worn by ancient man and royalty, each upholds a long standing tradition. Each one as unique as the wearer, designed to be as simple or as elaborate as desired, all carries a piece of our cultural history and holds the promise of a lasting, glittering snapshot of a lustrous life. 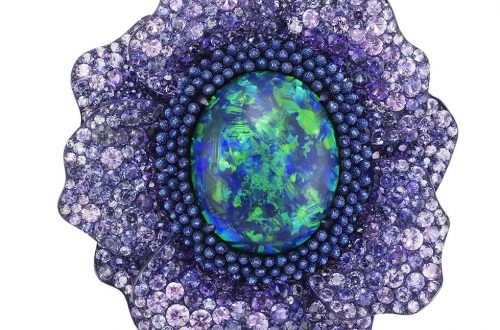 Object of Time One-77 BUBEN&ZORWEG for Aston Martin

PLATINUM: a Most Prized and Coveted Metal