Shangri-La Hotel, At The Shard, London, joins in the nationwide celebrations to commemorate 400 years of William Shakespeare with a Celebrate Shakespeare package for its guests, valid throughout all of 2016.

Guests will enjoy a special room rate of £400 (about US $569) per night, inclusive of breakfast for two people, a Romeo & Juliet inspired cocktail, a copy of Bill Bryson’s Shakespeare: The World as a Stage, and a list of Shakespearean activity suggestions handpicked by the concierge.

In association with Shakespeare 400, the hotel’s concierge has handpicked a selection of the best activities to celebrate the impact that Shakespeare’s writing has had on the collective imagination and marvel the ways in which Shakespeare has influenced cultures around the world since his death in 1616. The impact of Shakespeare extends far beyond the realm of the theater – there are exhibitions to be visited, short films to watch, history walks along the river, and more.

Shakespeare on Film (ongoing throughout 2016)

The Shard’s proximity to the BFI Southbank offers its guests the opportunity to take advantage of the legendary institution’s season of Shakespeare related screenings and events. These include remastered versions of films such as Richard III (presented by Ian McKellen himself); Zeffirelli’s Romeo and Juliet and Akira Kurosawa’s Ran. More information can be found here: http://www.bfi.org.uk/shakespeare-on-film

In Search of Shakespeare (April 15)

Famed BBC historian Michael Wood (BA, Oxon) discusses his academic research into Shakespeare at St Botolph’s Hall, which is conveniently located in Bishopsgate, just a short walk across London Bridge from The Shard.

A unique opportunity to see Shakespeare’s iconic theater, located a stone’s throw from Shangri-La Hotel, At The Shard on the Southbank. Originally built in 1599, the Elizabethan theater runs daily tours allowing guests to learn more about the history of the building and the world of its most famous playwright, William Shakespeare. More information can be found here: http://www.shakespearesglobe.com/exhibition

The Senate House library presents Metamorphosis, an exclusive opportunity to journey through the seven ages of Shakespeare and the evolution of his texts from the 17th century to the 21st. Curators of the exhibition will discuss these rare texts in the intimate setting of the original room 101. They will focus on the tale of Othello, examining Senate House Library’s copy of the main source of inspiration

On display in the Curators’ Room is a rare First Folio as well as editions intended neither for scholarship nor plain reading, but for sheer beauty. More information can be found here: https://www.eventbrite.co.uk/e/othello-the-curators-room-tickets-21451745749

For more information on exhibitions and events visit: http://www.shakespeare400.org/

The Celebrate Shakespeare package is priced at £400 (about US $569) per night. Rate is valid for two people sharing a room and includes VAT. For reservations, please email reservations.slln@shangri-la.com; call (44 0) 207 234 8088 or visit www.shangri-la.com/london. 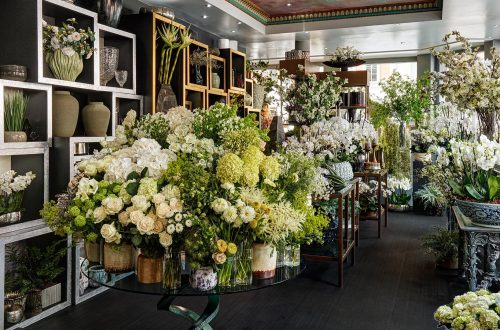 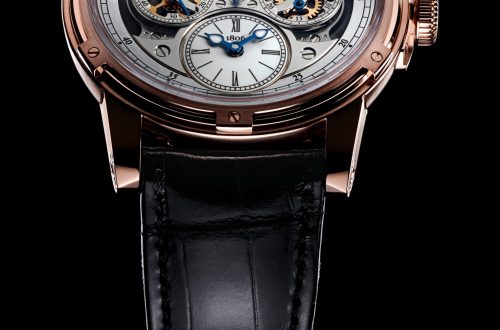 A Beautiful Measurement Of Time: The Louis Moinet Chronograph Memoris