Royal Ascot will feature 19 Group races, including eight Group Ones, with total prize money across the five days in excess of £7.3m. Around 300,000 guests are expected to attend the Royal Meeting this year to witness the spectacle with 70,000 racegoers attending Thursday’s Gold Cup Day.

An anticipated 35,000 guests will enjoy Fine Dining or lunch service in a Private Box during the event and world-renowned chefs Raymond Blanc OBE, Phil Howard, Simon Rogan, Adam Handling and James Tanner are all involved this year, boasting five Michelin stars and 13 AA Rosettes between them. Fine Dining has always been an important ingredient of the Royal Ascot experience with 330 chefs, covering 12 restaurants, 17 private dining facilities and more than 200 private boxes. During the event 5,000kg of salmon, 5,000 Angus steaks and 2,400kg of beef sirloin, 7,000 rumps of English lamb, 3,500 fresh lobsters and 8,000 Cornish crabs will be served to guests.
Synonymous with Afternoon Tea, the Royal Meeting will also serve 240,000 hand-crafted cakes, 120,000 buttermilk scones, 80,000 cups of tea, 60,000 finger sandwiches, 7,000 punnets of mixed berries and 1,200kg of Cornish clotted cream are served across all enclosures.

Scenes From The Royal Enclosure

Ascot’s dedicated grounds team will cultivate and bed-in more than 13,000 flowers and plants across the 179-acre racecourse especially for the event.
Approximately 400 helicopters and 1,000 limousines will descend on Royal Ascot with an average of 60,000 racegoers each day who will be greeted by the racecourse’s 163 full-time personnel and 6,500 temporary staff.

Ascot Racecourse was established at the behest of Queen Anne in 1711. The centrepiece of Ascot’s racing calendar, Royal Ascot is first thought to have taken place at Ascot in 1768 and is now arguably the world’s most famous race meeting. It has been attended by British Monarchs ever since its inception and at 2pm each day the Royal Procession in which The Queen, along with her family and guests, parade up the Straight Mile into the Parade Ring in landaus led by four Windsor greys.
Increasingly in recent years, the Royal Meeting attracts some of the best horses from around the globe, with horses from as far as the USA and Australia set to be in the line-up across the 30 races.

Televised Around the World

All races throughout the week will be televised live on ITV and around the world, including live coverage on terrestrial television in the USA, Australia, China and the UAE.

What To Wear to the Event

The event has a strict, traditional dress code and is renowned for its elegantly dressed guests, turning this horse meeting into an occasion for great fashion and head turning style.  This style guide produced in partnership with Cunard, will guide you in your dress choices for attending.
For the full style guide, it can be downloaded here.

Tickets available from £37 to £88. Please note the Village and Windsor Enclosures have now SOLD OUT for Saturday 23rd June. Click here for more

News of the Concours d’Elégance Suisse 2018 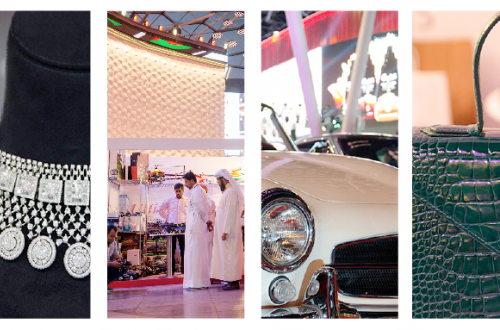