Salon Privé will celebrate the very best of British luxury and elegance this year at ‘Britain’s Greatest Palace’, with a display of remarkable and historic British cars.

The line-up includes the most iconic classic and modern Aston Martins – two race-only Vulcan hypercars and a DB4 GT Zagato – as well as a 1920s Rolls-Royce inspired by Marie Antoinette.

Now in its 12th year, Salon Privé is a quintessentially British event that once again is set to delight visitors with its prestigious Chubb Insurance Concours d’Elégance, the country’s oldest and most exclusive professionally-judged classic car competition. The event proudly returns to Blenheim Palace, a UNESCO World Heritage Centre, for its third year and will present a carefully curated selection of British cars, brands and luxury retailers from 31st August to 2nd September.

Several superb British-made cars will be showcased during the Chubb Insurance-sponsored Concours d’Elégance, including a selection of the most important classic Aston Martin ‘DB models’ and one of the most expensive cars ever made during the Twenties, a 1926 Rolls-Royce Phantom I, affectionately known as a ‘Palace on wheels’.

The Phantom I, one of the finest British cars ever made, was created as a gift for American businessman Clarence Gasque’s wife, and at the time it was one of the world’s most expensive cars ever made.

Globally recognised as one of the key events in the international Concours circuit, Salon Privé continues to attract some of the rarest and most exquisite cars ever produced, including one of the oldest-surviving Rolls-Royce Silver Ghosts in the world.

The Silver Dawn was built in 1908 and wears its original registration number and features many of its original parts – the engine even retains the original cast iron pistons. The car was restored by Rolls-Royce authorised dealer, P&A Wood.

No luxury British automotive event would be complete without an Aston Martin. Entered in various classes in Thursday 31st August’s Chubb Insurance Concours d’Elégance; a 1951 DB2, a DB3S with Works DB4 GT suspension and a one-of-19 Aston Martin DB4 GT Zagato, as well as examples of the ever popular DB5 and DB6.

One of the most iconic road and race specification Aston Martins ever made, the Zagato-bodied DB4 entered the record books in 2015, at the time becoming the most expensive British car sold at auction. However, it’s not just its price that makes this car unique, as it’s one of just 19 Works vehicles ever made. Shown at select Concours and automotive events around the world, it will take pride of place at this year’s Salon Privé Concours celebrations. This particular example has been entered in renowned races in its lifetime, including 24 Hours of Le Mans, British Grand Prix, Spa Grand Prix and Goodwood, collecting various silverware by famed drivers.

Finishing off the iconic collection of Aston Martins during the Chubb Insurance-sponsored Concours d’Elégance will be a factory right-hand-drive 1964 DB5 and an exceptionally well-presented Aston Martin DB6 in the rare colour of Bahama Yellow – being one of just five to leave the factory in that vibrant hue.

The Aston Martin spectacular doesn’t stop there. During Blenheim Palace Classic & Supercar on Sunday 3rd September, the sister public day, also run by Salon Privé, will see three rare Astons, with an impressive 2,358 bhp between them.

Finishing off what could possibly be this year’s most impressive display of Aston Martins at any automotive event, the Blenheim Palace Classic & Supercar show will showcase two Aston Martin track-only Vulcans alongside a UK-delivered, right-hand-drive Aston Martin One-77. Heralded as the most exclusive Aston Martin of the ‘Gaydon era’, the One-77 was limited to 77 unique examples.

Crowds will undoubtedly be drawn to the limited-run Aston Martin hypercars, both with V12 engines and capable of speeds of over 200mph, as part of the new Blenheim Palace Classic & Supercar show. Tickets cost from £15.30 for an adult and £7.10 for a child.

Back to the boutique Salon Privé event itself and another jewel in the crown, headlining Ladies’ Day is sponsor Boodles, who will be showcasing its latest collection of exceptional creations inspired by aspects of Britain’s natural landscape and seasonal changes. Presenting its nine Poetry of Landscape’ capsule collections, each optimises the very essence of British landscape and inspirations that are integral to Boodles’ design aesthetic.

Tickets for Salon Privé 2017 are on sale now. 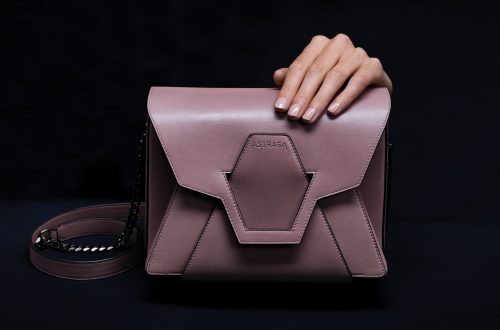 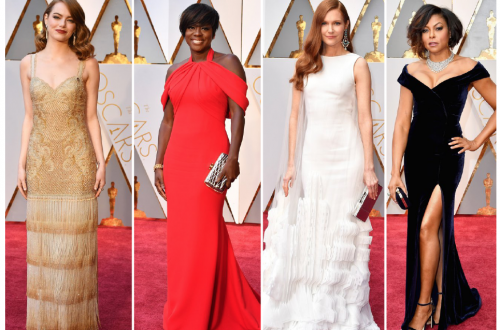 Best Dressed at the Oscars