A three-dimensional object only has the magnitudes of space – length, breadth, and depth. The Jane Seymour is an object of power, a four-dimensional creation with the precious aura that spells the pinnacle of perfection.

It alludes to the ambassadors who have travelled the globe in search of finesse; it allows you to venture into the remarkable expression that cannot be expressed in words. Reflecting the power celebrity, awarded an Emmy Award, two Golden Globe Awards and a star on the Hollywood Walk of Fame, dwell into the untamed desires of the mind and soul to expand all perceptions into an atmosphere of true significance. A deep blue exudes infinite fondness through a hypnotic magnetism, which The Jane Seymour embodies to the highest degree.

About The Jane Seymour Blue Diamond

This impossibly rare diamond has been meticulously selected to illustrate the pride of eternity over matter, emotion and knowledge. Blue is the colour of all-inclusiveness. You will see in the existence, anything that is vast and beyond your perception generally tends to be blue, whether it is the ocean or the sky.

In its rough state, The Jane Seymour was hardly symmetrical in structure, which meant that with one miscalculation, one slip, and its color would have disappeared entirely. Retaining techniques passed down from generations, among the world’s finest artisans spent almost a year deliberating, planning and painstakingly cutting the rough into a magnificent cushion-cut 2.08 carat diamond of perfect proportions.

Flaunting an intellectual infrastructure beneath the outward illusion of apparent simplicity, the scintillating diamond ring emulates a constellation, this enigmatic treasure draws on a shared passion and affinity for Jane Seymour, for only she can replicate the magical enchantment. It promises profuse access to the recondite mysteries of nature.

Platinum, among the most enduring metals in the world, was the choice for The Jane Seymour. The creation of the masterpiece required engaging World Of Diamonds Group’s top craftsmen to shape the contour of the ring, detail the flower motifs and configure the symmetry of the ring. This onerous task was only possible in Geneva through the diamond conglomerate’s design houses, with 3 masters working consecutively for over 2 weeks in rotational shifts. The Jane Seymour is signed “W.O.D. Genève” and hallmarked “PT950”.

About World of Diamonds

Having launched and sold the world’s most expensive perfume collection in Singapore in 2015, the World of Diamonds Group has always been behind some of the finest diamonds and jewelry pieces. Through joint ventures with maisons in Europe and the Americas, the Russian conglomerate is almost fully integrated in diamond mining, polishing, high jewelry creation and distribution to leading houses of the world. As one of the largest privately held diamond mining corporations, the WORLD OF DIAMONDS has directly catered to billionaires and members of royal descent.

“ The invitation to behold this creation would rather you not compare The Jane Seymour to anything else in the high jewelry world. It is a celebratory treat, more comparable to a mega-yacht or a ticket to the moon.” – Karan Tilani, Director, World Of Diamonds Group

The Jane Seymour Private viewing by invitation only

Blue diamonds of this saturation have been known to fetch over $2,000,000 USD at Sotheby’s and Christie’s in the past, however, this ring is priceless. The Jane Seymour was presented to Jane during a lavish dinner party at CÉ LA VI Singapore on the 25th April, and retreated to a vault as part of World Of Diamonds’ private collection after the dinner. Following this, The Jane Seymour was exclusively displayed at The Vortex, the glamorous “Art For Charity” red carpet gala evening on 29th April at the Raffles Singapore, attended by Jane Seymour & the President, on the 3rd May at the Royal Albatross Ship, on the 6th May at Angelina, Capitol Piazza during an exclusive lunch, and on the 10th May at 1-Altitude, the world’s highest al-fresco bar. Concluding the festivities, World Of Diamonds is hosting a champagne & cocktails party on the 18th May at CÉ LA VI Singapore.

During her trip to Singapore, Ms. Seymour was hosted for a welcome dinner by World Of Diamonds Group at CÉ LA VI. She was first presented to the ring then, which she flaunted on her graceful fingers, and well enhanced by the blue dress she wore. Ms. Seymour had also spotted her Open Hearts jewelry collection which she is the designer for, and the message of “love has no boundaries and flows unconditionally” complemented the elegance of the beyond rare blue diamond ring.

Distinguished as an Officer of the Order of the British Empire, the Actress, Producer, Philanthropist, Painter and Businesswoman has propelled a singular piece of art, fated to delight the most exigent of characters. Having starred as Bond girl in Live and Let Die, as Queen Marie-Antoinette in La Révolution française, and an appearance in Young Winston as Winston Churchill’s lover, to name a few, the A-lister transcends films and reality. “Even though I make those movies, I find myself wishing that more of those magic moments could happen in real life.” – Jane Seymour With a curtain of hair that falls halfway down her back coupled with spectacular and enviable ballerina legs owing to her dance aspiration, Jane favors sweet French white wine. A perfect sphere of mystical juice shall please the senses, cheer the spirits, and in wine, there is truth. Demonstrating a high level of conscience, The Jane Seymour reveals the quintessential secrets of the soul.

Her Name is Ethereal Carolina Divine Paraiba and She is is Flawless: All 191.87 Carats of Her! 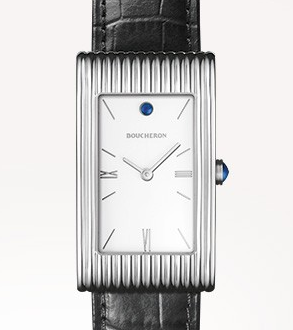 For the Love of Pearls: 8 Stylishly Designed Pieces to Love