Following the announcement of the 2017 Michelin Guide, the restaurants Le Cinq, Le George and L’Orangerie at Four Seasons Hotel George V, Paris have collectively been crowned with a total of five Michelin stars, making the acclaimed Hotel the first palace hotel in Europe to be home to three Michelin-starred restaurants.

Le George and L’Orangerie have both been awarded their first Michelin star in the latest edition of the Michelin Guide and join the Hotel’s French haute cuisine restaurant, Le Cinq, which retains the highest accolade of three Michelin stars for the second consecutive year.

“We believe that a memorable stay would be incomplete without an extraordinary dining experience. As a gastronome myself, I have always had the highest culinary aspirations for our team who have worked to continuously innovate and exceed our guests’ expectations. I believe the five Michelin stars awarded today are a testament to this commitment to excellence brought to life by our Chefs, Christian Le Squer, Simone Zanoni, David Bizet and their teams. We are honoured to be the first palace hotel in Europe to hold this designation and look forward to many more years of culinary excellence.”says José Silva, Regional Vice President and General Manager of Four Seasons Hotel George V.

Showcasing the cuisine of three Chefs, each with their own individual identities, diverse talents and distinctive styles, Four Seasons Hotel George V offers guests an unprecedented culinary experience under the same roof, and is now indisputably the leading gourmet address of the capital.

Christian Le Squer comments, “The third Michelin Star for Le Cinq for the second consecutive year rewards the very essence of today’s cuisine, and we strive to continuously evolve our style and techniques to instill an emotional connection with our guests.”

Simone Zanoni adds, “After a long career in different Michelin starred restaurants, I think I have finally found my place at Le George, where light and convivial cuisine meets a buzzing ambience. I believe this Michelin Star follows the evolution of our guests’ desire for a friendlier and more informal dining experience with exceptional flavours.”

David Bizet concludes, “During my 17 years in Le Cinq’s kitchens, I have forged a passion for excellence and it is with the same quest for perfection that I have worked on L’Orangerie’s menu. The Michelin Star received today, just eight months following our opening, is a reward that honours the tireless work of our teams to create dishes that pay homage to nature and the changing seasons.’

About the Acclaimed ‘Le Cinq’

Known for his exemplary consistency, which has earned him three Michelin Stars over 12 consecutive years, Chef Christian Le Squer was appointed Executive Chef of Four Seasons Hotel George V, Paris in October 2014 and reclaimed the third Michelin Star for Le Cinq restaurant in 2016. This prestigious award, along with the “Chef of the Year 2016” nomination, further exemplifies Le Squer’s unique approach to combining traditional French cuisine with modernity. Christian defines himself as a creator of flavours and composer of tastes.

Eric Beaumard, Director of Le Cinq restaurant, who works closely with Chef Le Squer and has won numerous awards during his 20-year career, including Best Sommelier in France, Best Sommelier in Europe and World Vice-Champion. Beaumard redeveloped the wine cellar at Four Seasons Hotel George V, Paris, with the aim to offer guests the most diverse selection of exclusive and rare vintages, growing the collection to more than 50,000 bottles. Beaumard was subsequently appointed Director of Le Cinq, working alongside Chef Le Squer and the team to achieve the three Michelin Star designation in 2016.

About the Mediterranean-Style Le George

Le George offers a light and modern Mediterranean-style cuisine, taking guests on a journey between the French Riviera and northern Italy. Designed for sharing, dishes are balanced and healthy, bursting with flavour and freshness. The cuisine is tailor-made to be enjoyed in the timelessly chic and relaxed space by famed designer Pierre-Yves Rochon. Its modern influences and distinctly Parisian vibe makes it a convivial Michelin-Starred restaurant.

Simone Zanoni became Chef of Le George in September 2016, after spending eight years as chef at three Michelin Star restaurant Gordon Ramsay in London, and two Michelin Star restaurant Gordon Ramsay au Trianon in Versailles. Zanoni has infused the highly popular menu at Le George with his own personal influences and inspirations, identifying distinctive Mediterranean flavours and instilling a sense of place with each dish. In Simone’s view, a dish is made memorable “when you have put your heart into it and created a journey of flavours.”

With 17 years experience in the kitchens of Le Cinq, David Bizet rose to a new challenge when he was appointed Chef of the latest signature gastronomic restaurant at Four Seasons Hotel George V, Paris, L’Orangerie. Opening in May 2016, the Restaurant achieved one Michelin Star in just eight months.

Drawing inspiration from nature and bringing the best out of seasonal and local garden produce, Chef David Bizet’s menu complements the changing seasons, offering what he likes to describe as “a traditional French contemporary cuisine of elegance, refinement and femininity.” Bizet’s culinary creations are often described as an artistic composition and are further brought to life with Pierre-Yves Rochon’s intricate interior design, overlooking the famous Marble Courtyard. 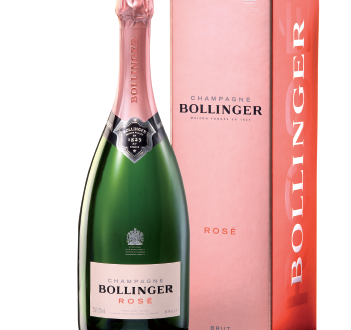 Bollinger Rosé: Balanced, Technical & a Beautiful Addition to their Selection of #Champagne 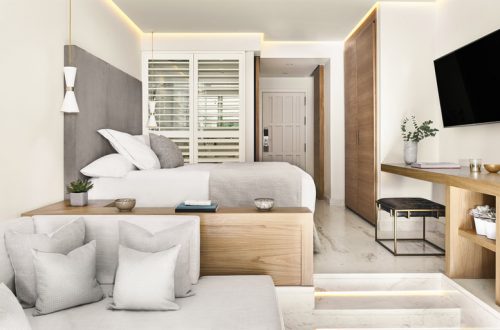 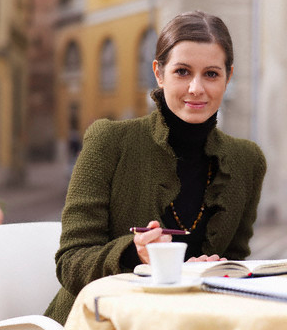 DISCOVER: The Art of Journaling