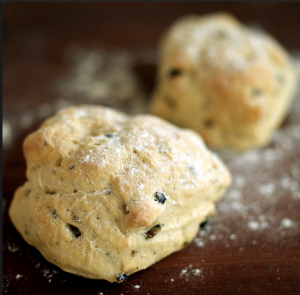 There is nothing quite as tempting as a little scone, slathered in butter, jam and devon cream.

Scones are a traditional British quick bread consumed in England, Ireland, Scotland, North America and beyond. They originated from Scotland; there is actually a place in Scotland called Scone, once the crowing place of the King of Scots! The first reference to this new food was in Scotland in 1513 though there was likely something else like it, dating prior to recorded history. There are two pronunciations for Scone (one sounds like the ‘on’ in John and the other like ‘oan’ like in Joan).

They are traditionally eaten with clotted cream and jam, however, there are many ways to enjoy them beyond the traditional. Increasingly popular at coffee houses, the one place they are a mainstay is with afternoon tea like the ones held at popular luxury hotels where as you can imagine, a large number of scones are made regularly. At the Empress Hotel Victoria BC, their scone maker makes a whopping 500,000 scones a year! Scones can be made simple or gourmet, whether a plain raisin scone or fig and anise, Roquefort and walnut, lavender and lemon, any way you make them, they are splendid! Great as a snack, or sliced open with ham and cheese, they can make a lovely little sandwich! 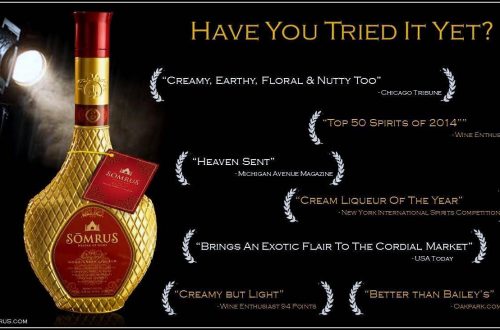