Since Biblical times, the tassel was an adornment prevalently used on garments. The simple winding of threads around a suspending string has gone on to become a staple in decorating, having graced humble through royal abodes, in a variety of elaborations depending on the application.

A tassel is primarily an ornament, casual in its function, way a cord was fashioned to prevent unraveling with a knot. As the craft of making tassels evolved, they were made much more intricately with the use of turned wooden moulds, internally laced and better able to support grander styling and shape.

In France, there are practitioners called ‘Passementiers’ and to become a master tassel maker required a seven year apprenticeship. In 16th century in France the first Guild of Passementiers was created and documented the art of passementerie. The activities of this guild included other ornamentations: fringes, ornamental cords, galloons, pompons, rosettes, and gimps.

Tassel styles and forms have changed over the centuries, spanning the casual designs of the Renaissance, through Empire and the more elaborate period was the Victorian era. Artisans today in America and Europe are creating tassels of great beauty and detail, some even fetching thousands for a single hand-made creation. One such Passementiers upholding the fine  craftsmanship of stunning tassels and trimmings is Declercq in Paris.

For the Love of Tassels: Meet: Declercq Passementiers, Paris

Declercq Passementiers’ story has started in 1852 with a small trimmings factory. Generations of craftspeople have handed down their expertise and ancestral techniques, thus perpetuating the refined traditions of a trade that has become rare. Jérôme and Elisa Declercq represent the sixth generation of this family of trimming-makers and still work according to these traditional craft techniques. www.declercqpassementiers.fr

EAT LOVE SAVOR® International Luxury Lifestyle Magazine & Bookazine is a prestigious publication beyond the ordinary. We are a foremost advocate of intelligent, informative editorials, interviews and feature. We bridge the gap between old world knowledge of luxury and the modern age need for a holistic approach to luxury living, with a feminine touch. Brands cannot pay for coverage allowing us to be unbiased in our guiding readers through our world of luxury goods, services, and experiences. For all the tiers of wealth, we are a best kept secret in luxury and a must-read for those who wish to be indulged in refinement and entertained with class. Founded, edited and published by a woman. We’ve been named on the list of Top Sites for Luxury in the World and Top Luxury Lifestyle Magazines to Follow.

Pondering: The Art of Procrastination 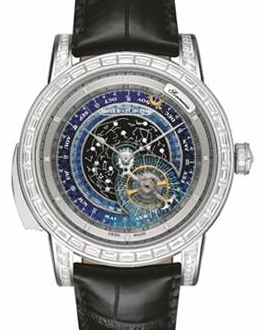 EAT LOVE SAVOR® International Luxury Lifestyle Magazine & Bookazine is a prestigious publication beyond the ordinary. For all the tiers of wealth. A best kept secret in luxury and a must-read for those who wish to be indulged in refinement and entertained with class.