If you use a Moleskine journal for your day-timer, notes, sketches or whatever your daily life requires, then you know how great these special books are. There are many journals available, but none compare to the quality and history of Moleskine.

First, where quality and appearance is concerned, their hallmarks are the bound coated paper cardboard cover, an elastic band handy for keeping it all together, a stitched spine, deliciously cream colored acid-free paper, round corners, a ribbon bookmark and even a pocket that expands, at the back of the book. This is a solid book that feels good to the touch and is a pleasure in which to write. Moleskine (pronounced mol-a-skeen’-a) is produced by an Italian company of the same name located in Milan.

The Evolution of the Moleskine Journal

The modern version of these books were fashioned after the descriptions written by author and travel writer Bruce Chatwin, and he nicknamed them “Moleskine”. Back in 1986, Chatwin was informed by his original notebook supplier, a Parisian stationer, that the last notebook manufacturer, a family run company had discontinued production due to the death of the owner. At that time, Chatwin put his nickname into the hear of the manufacturer, stating that “La vrai Moleskine n’est plus” loosely translated , ‘the real Moleskin is no more’. It wasn’t until 1997 until this type of book was brought back by a company in Milan, established the Moleskine trademark and started production with a modest 5000 copies (now Moleskines are distributed in 53 countries and thousands of stores).

Once you use one, they are hard to give up. Books of this type were all the rage in the early 19 to early 20th centuries, handmade by bookbinders in Paris. At the time these books were nameless. Popular and prominent with the creative set, artists and writers, who used them as a means to express themselves anywhere and capture what inspired them. Well known users of books of this type were Oscar Wilde, Vincent Van Gogh, Ernest Hemingway, Henry Matisse and Pablo Picasso. Well, did you know that they also have travel journals?

These special books called City Notebooks are filled pages for you to write in, organize, street name index, a Key Map and other handy tools whether you are visiting or a resident. Why not get one for the city you live in or near to make travel within it a richer experience? What a perfect gift for someone traveling too! Once you begin to use these books, you’ll notice all the other people that have one too. Moleskine users are vocal and passionate customers even going so far as to create videos to profess this love. The Moleskine Srl company counts on and values their customers feedback. It’s been said that when you start using a Moleskine you become a member of a special and long running club; lovely to think of yourself has traveling in the path of infamous artists and writers!

UPDATE: 08-2010 Thanks to @lilystrauss on Twitter, she tells me that Moleskine is discontinuing these style of city guides. The new ones are being replaced with a std format, one guide for all cities. If you love this old style, you may want to stock up! 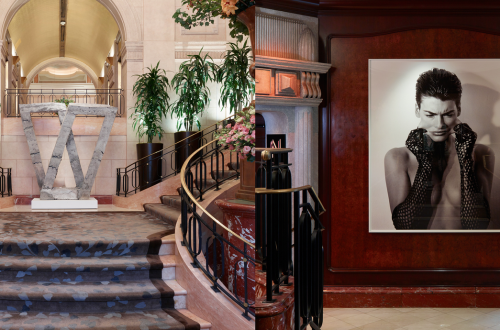 Circa 1881 And The Peninsula Chicago Present “Whoville” 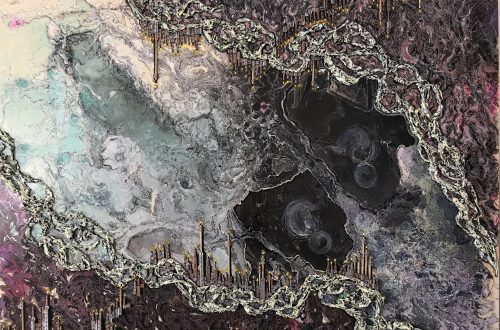 The CAMA Gallery of Iranian Art, Opens A New Gallery In London