Ambre’s vision is to bring music to the people… putting a piano in the back of a truck and traveling to remote parts of the world giving concerts to the locals and sharing musical experiences. Her travels have taken her through Africa, China, India, Thailand, East Timor, Belarus and Australia as she performs and collaborates with local musicians.

The dream is to bring a high calibre of musical performance to adults and children living in environments and locations that are not necessarily always conducive to the western ‘classical music concert’. This challenge is part of the unparalleled and potentially dramatic undertaking of this journey.

GIRL PIANO TRUCK is being documented both photographically and on film in order to create a TV pilot of this unique and exciting project.

Ambre, with her effusive charm, wit and contagious enthusiasm will present the concerts as well as hosting the footage for documentary purposes. Filming began in March/April 2013 in Thailand and East Timor then to Belarus in May 2013 and continued in Australia and throughout 2013 before progressing to Africa and China in 2014. www.ambrehammond.com

Classical Music– a genre more people need to play more often – an elixir for the ravages of modern life, a salve for the soul… frayed nerves are soothed rapidly, and the mind calmed more readily with the sounds of this gentle, intelligent music. Listen to Ambre’s ebullient passion and let your spirit be enveloped.

About Ambre Hammond: Ambre began piano studies at the age of 3 and gave her first public concert at age 5. In 1989, at age 11, Ambre achieved a World Record, which she still holds, when she received the Associate and Licentiate Diplomas of music in the same year. At 16, she received the First Prize in an International Music Competition held in Argentina, South America. The following year Ambre was invited to return to Argentina to perform the Rachmaninoff Piano Concerto No. 3 as her debut with the Cordoba Symphony Orchestra. This performance was recorded live, released as a CD and has been acclaimed by the Rachmaninoff Society of USA as one of the finest interpretations of this piece. At 16, Ambre recorded and released a CD of music by Franz Liszt titled ‘Devotion’ which was funded by Australian artist Arthur Boyd who was astounded with Ambre’s natural ability and invited her to be first Artist-In Residence at his Shoalhaven Property ‘Bundanon’ on the South Coast of Australia. Ambre has performed both solo and with Orchestra throughout Switzerland, England, Italy, Spain, Poland, North and South America, New Zealand and China. 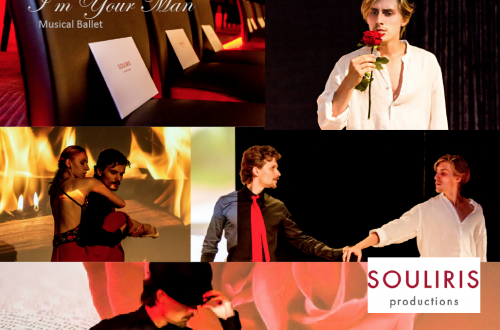 Gourmet Ballet ‘I’m Your Man’ from Gstaad to New York