Having performed with The Tenors at her concert ‘Music For Mercy’ in the Roman Forum and recently in New York, and with Federico at La Dolce Vita concert and at the Abbey Madonna Della Scala, Carly is delighted to be inviting them to join her in London.

“I adore working with The Tenors. They were my special guests in my concert ‘Music for Mercy’ in the Roman Forum where they enchanted everybody with their singing. I have a special memory of them starting on the stage and then moving into the audience and thrilling them with their musicality, charm, and sheer brilliance. This time I will get to sing with them as well and I just can’t wait” said Carly.

Multi-platinum, JUNO Award-winning vocal supergroup, The Tenors, comprised of Clifton Murray, Fraser Walters and Victor Micallef, blend classical music and contemporary pop to deliver powerful performances and outstanding harmonies for audiences around the world. Since 2008, The Tenors have sold over 1 million albums worldwide, performed nearly 1,000 shows on five continents and made over 150 television appearances.

Speaking about Federico, Carly said “I am fascinated by the innovative way that Federico has chosen to showcase his twin talents – singing and playing the rock guitar. It is something completely new and the combination of his guitar playing and then his magnificent operatic tenor sound is absolutely stunning. Federico was part of ‘La Dolce Vita, a concert devoted to Italian film music, and I am thrilled that I get to be on stage with him again.”

Maestro Mercurio is an internationally acclaimed conductor, composer and arranger whose musical versatility encompasses the symphonic and operatic worlds. “I first met Steven in the wonderful Rome Auditorium when we were rehearsing ‘La Dolce Vita’. Straightaway I was aware of his charisma and energy and his love and complete passion for the music. He is fantastic to work with as he seems to really empathise and understand what a singer needs. I am so excited that I get to work with him again in music that I am also passionate about.

Carly Paoli has been delighting audiences throughout the world, shared stages with Andrea Bocelli, José Carreras and Elaine Paige, and can count Pope Francis and Prince Charles amongst her fans. Now, following the release of her acclaimed debut album ‘Singing My Dreams’, the classically trained singer is looking forward to this special concert at London’s Cadogan Hall.

“I’m so excited that I will be performing my own concert with orchestra in the stunning Cadogan Hall. This will be my opportunity to share the music from ‘Singing My Dreams’ – plus other songs close to my heart – with the audience. I can’t wait!”

With Carly joined on stage by The Abiah Symphony Orchestra, choir and these special guests, the evening will provide an opportunity to experience the emotional, sincere and dramatic performances that have captured audiences wherever the young artist has appeared. 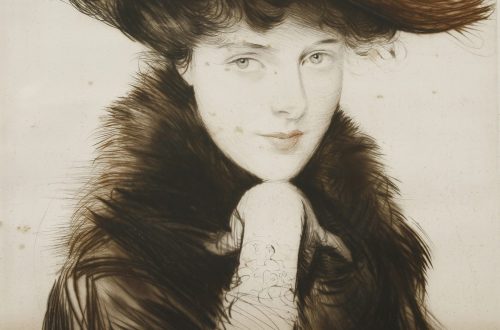