With a successful culinary career worldwide and with a Michelin starred restaurant in Rome, Chef Cristina Bowerman brings her creativity, knowledge and passion to each plate. Bowerman has received many national awards; in 2008 she received the two forks by Gambero Rosso and in 2010 she also received a Michelin Star, the only woman for that year.  Her “history” and that of the restaurant Glass became a case study at Bocconi University in the 2010 program. A director and professor of cooking courses at various Italian and foreign schools, awarded to Identity Greedy, 2013, Cristina continues to cultivate her passion for cooking and she always studies with a particular attention to the application of science in cooking.

Chef Cristina Bowerman is determined to take over and revolutionize the LA fine dining scene. On September of 2015, Cristina launched Crateful with Italian Entrepreneur Emanuele Ponzo. The LA-based company is rapidly becoming the number one choice for luxury catering of local Fashion and Entertainment influencers. Crateful also launched a revolutionary meal delivery that allows you to eat Michelin Star Chef meals at home.

Her trademark: Italian tradition with a modern and avant-garde twist.

Crateful is a luxury catering company designed to turn your dining room into a gourmet spectacle. Already highly in demand by Los Angeles’ crème de la crème and social influencers, Chef Cristina Bowerman says she “loves to put on a show”. She did exactly that when asked to perform a live truffle risotto ‘performance’ at Mass, Beverly Hills’ newest luxury furniture boutique which was honoring the Italian furniture brand Henge.

Magnificent Meals Made Healthy Delivered to Your Door

Want the Michelin Star food experience everyday? Crateful can deliver a full day of freshly-made, gourmet meals straight to your door every night. A collaboration with celebrity nutritionist Alyse Levine guarantees that the dishes are not just deliciously luscious, but also healthy and nutritious. For more information on Crateful, visit www.cratefulcatering.com 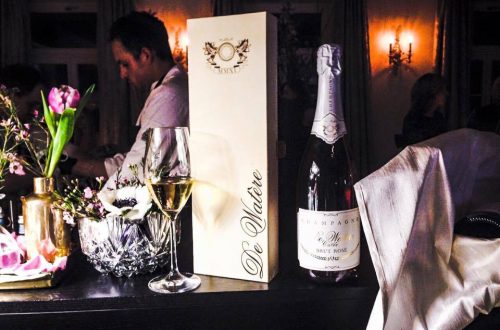 Luxurious Living: Personal Chefs – Not Just for the Elite Anymore