After its summer launch at Benetti’s Viareggio shipyards, FB703 M/Y “Bacchanal”, a 47-meter custom mega yacht with a steel hull and an aluminium superstructure has been delivered to its owner, a repeat Benetti customer from Mexico.

The yacht’s understated, elegant exterior lines are by Benetti, while the interiors are a joint effort by owner-chosen architect Mauricio Gómez de Tuddo and the Benetti Interior Style Department.

On November 5, FB703 M/Y “Bacchanal”, a Benetti custom mega yacht with a steel hull and an aluminium superstructure, was handed over to its owner at a ceremony held in Viareggio. The yacht is 46.95 meters long, with a draught of 2.32 meters and a gross tonnage of almost 440 tonnes.

The intentionally sleek and essential exterior lines, designed in their entirety by Benetti, give the M/Y “Bacchanal” an elegant style underpinned by sophisticated simplicity.

At the delivery ceremony, the particularly proud and satisfied owner said: “After my first Benetti in 2015, I came back to work with a team that on my opinion realises one of the best yachts in the world. I’m happy that everything is the result of a masterfully orchestrated teamwork and all my ideas and wishes were welcomed.”

The interiors are a joint effort by owner-chosen architect Mauricio Gómez de Tuddo and the Benetti Interior Style Department, resulting in a design that has both international allure and a strong Made in Italy imprint, as is clearly defined by the choice of brands like Minotti, Flexform, Giorgetti, Rimadesio, Poltrona Frau and Exteta.

The layout is spread across 4 decks, all featuring a deliberately uniform approach requested by the owner, which cancels out the boundaries between interior and exterior. 6 cabins, including the owner’s suite, provide accommodation for 12 people, with 5 cabins for 7 crew members.

The desire for continuity across the various settings is clear to see on the Main Deck. This is where the owner’s full-beam apartment and private study are situated, along with an in & out veranda in the stern fitted with a frameless sliding glass door. Here, the dining area, main lounge and cockpit form a single light-flooded space that has a remarkably airy feel. The natural light that fills these spaces and the ever-present visual contact with the surrounding environment convey a feeling of living the outdoor life.

Spatial continuity is the boat’s main theme and can also be seen in the choice of materials: the style of the teak decking outside is reflected in the fine wengé parquet, with 60 mm wide blocks, in the main lounge, the owner’s bathroom, the captain’s cabin and the sky lounge. Making another contribution to the boat’s airy atmosphere is the decision to use Thassos marble in the guest bathrooms. This white, almost crystalline material is used for the floor, walls and shower tray, creating an interesting contrast with the black granite chosen for the tops.

The furniture plays on combinations of materials and colours, dominated by teak and a metallized grey that is reminiscent of parts of the superstructure.

The Lower Deck contains the night area for guests, consisting of 2 VIP and 2 guest cabins, all fitted with electrically operated wengé venetian blinds, in addition to the crew quarters. A third VIP cabin and the captain’s cabin are on the Upper Deck, along with the Wheel House and an indoor and outdoor lounge area.

The custom swimming pool in the bow area on the Sun Deck is lined with mosaic by Sicis. The furnishings on this deck, notably the sunbeds, represent an open invitation both to relax in peace and quiet, as well as to enjoy convivial and entertaining moments around a table that can seat up to 12 people. The decision to install a dumb waiter, connecting all decks from the Main to the Sun Deck, boosts the potential use and functionality of every area on the yacht.

The safety equipment on board M/Y “Bacchanal” includes a 3D sonar system to identify bodies in the sea and provide information about any obstacles up to and over 500 meters from the yacht.

5,900 miles at 10 knots, allowing it to make transatlantic crossings. 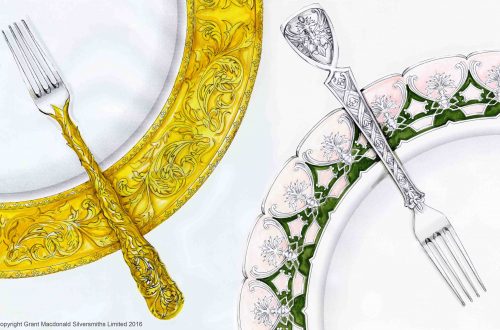 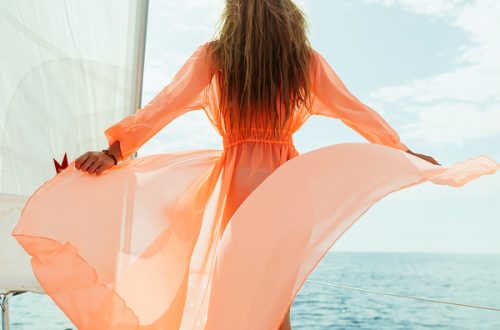 Packing for a Winter Yacht Charter