If you walk down any street in Monaco on any one day, the chances of seeing a supercar are pretty high. Stroll down that same section of road from April 20th to 23rd this year when Top Marques Monaco is being held, and that probability increases one hundred-fold.

The only live automobile show in the world has become a must-attend event for supercar fans, many of whom line the famous Formula 1 circuit to film their favorite cars roar past. The ‘supercar spotters’ come to watch potential clients, guests and journalists try out some of the exhibits on a privatized section of the Grand Prix track.

The Show Where You Can Try Out The Cars

The show’s uniqueness lies in that VIP visitors, sponsors and invited guests are allowed to select supercars they would like to try out on a closed circuit of the famous F1 track from a ‘menu’ they are sent prior to the event.

Other visitors keen to get behind the wheel – or in most cases sit in the passenger seat – of one of the supercars available for test drives can simply go and chance their luck on the stands themselves. Test drives are at the discretion of each manufacturer so nothing is promised, yet a fair number of visitors do find themselves powering around Monaco in a vehicle they can only dream of owning in the beautiful spring sunshine.

More than 42,000 people attended the 2016 show last April to view, try out and in more cases than you would actually think – buy the supercars and other luxury products exhibited in the Grimaldi Forum exhibition space.

In just 14 years, Top Marques Monaco has become one of the most reputable auto show’s on the planet. Indeed, the New York Times billed the event as the ‘world’s most exclusive auto show’ whilst Bloomberg went one step further to call it the ‘ultimate luxury car show’.

The event is chosen by an increasing number of car manufacturers as the venue to launch world premieres, with six supercars being officially unveiled at next year’s Top Marques, including the 2,000 bhp Berus, from Keating Supercars and the D8 GTO-RS, the fastest and lightest D8 GTO ever built by Dutch boutique car manufacturer Donkervoort.

This year’s show has also been chosen as the launch pad for the event’s largest ever luxury product – a 40,700 ton supership named Silver Muse. This superliner, the latest in the luxurious Silversea fleet, will be officially christened in the Port of Monaco on the eve of Top Marques.

Top Marques Monaco has been supported by its patron H.S.H Prince Albert II of Monaco, since its conception, and its title sponsor this year, for the fifth consecutive year, is the private bank the Edmond de Rothschild group.

Initially showcasing just supercars, Top Marques now includes all facets of a luxury lifestyle including exclusive timepieces, jewellery, superboats, helicopters and last year was chosen as the stage on which to launch the world’s first ever flying hover board, the ArceBoard.

Tickets for the four-day show start at €36 for Saturday or Sunday, whilst Premium Multi-day Passes which include a three-course meal in the Top Marques Monaco restaurant, cost €250 for the four days. Tickets for the event can be purchased at www.topmarquesmonaco.com or directly from the Grimaldi Forum at www.grimaldiforum.com

For more information go to www.topmarquesmonaco.com. 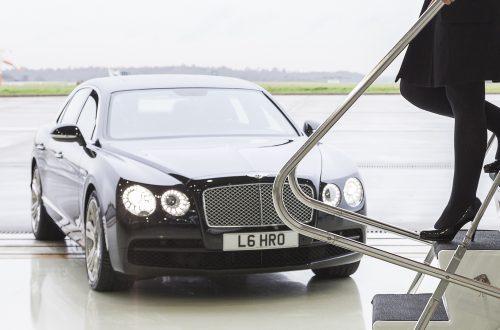 Shopping In Luxury And Style With H.R. Owen’s Holiday Shopping Tours Around The UK